Get it’s Kathleen Loxton sits down with Bridget Daley, Gold FM’s beloved breakfast host, to talk work, drama on the high seas and her upcoming marriage to fiancé Jamie Brousard

Kathleen: Was radio always your calling?

Bridget: I stumbled into radio; I had no idea that was going to be my future! I worked at Crazies Comedy Restaurant in Brisbane… One night I thought, you know what? I should jump up there and do some stand-up. I did that and it just felt so natural to have the microphone, and just make people laugh. After that I launched into stand-up comedy and did venues everywhere, from Brisbane to Byron. I was still waitressing and working at bars, then I went to Melbourne Comedy Festival, and I went on to do a show at the Edinburgh Fringe Festival…

I remember thinking though, I’d love a job during the day that allows me to be really creative with my writing at night… and a friend of mine, who was a comedian and working in radio, told me I should do radio… I started doing weekend shows with him and then I got offered a gig up in Cairns. I did the breakfast show there for five years – it was a baptism of fire! They’re so many skillsets to learn in radio, and I loved it! I thought I’ve found my calling. Next year it’s 20 years of me doing breakfast radio, which is unheard of in the industry…

K: What’s your advice to women in the industry?

B: Every job I’ve ever had, whether it be managing a bar, to stand-up, to radio – I mean, I’ve even done drag racing professionally against men – all of my career, it’s been male dominated industries. But I’ve never looked at myself as a woman taking on a man, I’ve always just looked at myself as a talent in an industry. Don’t typecast yourself… and trust me it’s not easy… As long as you stay very grounded, authentic and true to who you are, that’s probably the best advice I could give. 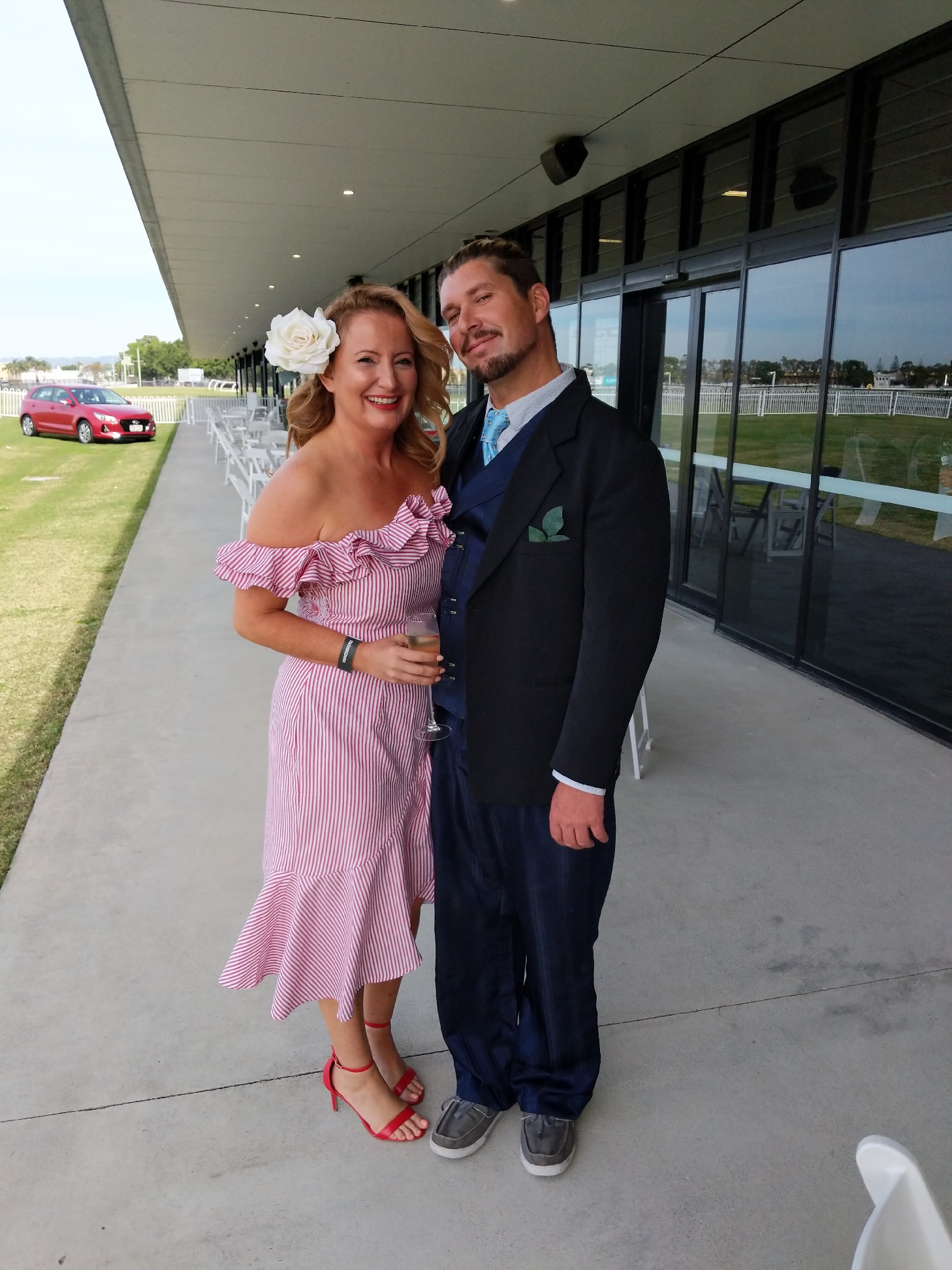 B: Well, I’m realising I’m not a ‘Bridezilla’, but I’m also realising I’m a very disorganised bride. There’s three weeks to go, and there’s still quite a bit to do… Ultimately, we’re getting married for the first time, I’m 43, I know how I want the wedding to be. Jamie and I both stop sometimes and go, ‘’Oh my god, I’m going to be married to you in 3 weeks!’’ It’s amazing, we both thought we weren’t marrying people, but when you meet
the right one you know.

K: I hear there’s going to be quite the hens night?

B: It was Spida’s idea; he’s brilliant. Not only is he a really good friend but he’s like a big brother… he got me on air and said, “I’m organising your hens night.’’ Now we’re bringing the Gold FM family along for the ride and I have no idea what’s going to happen… We also want ladies to come along whose hens were ruined!

K: Looking back, did the accident impact on any planning?

B: I remember the day very well, July 5th, 2018. It made Jamie and I closer than ever… It’s an interesting engagement story, because he saved my life and ended up proposing to me (which was the plan the whole time, we just didn’t make the island). But that’s why the wedding is a celebration of life… when I thought this man isn’t going to make it, that’s when I realised I love him more than anything in the world, so when he did propose I said “yes’’ times a million. 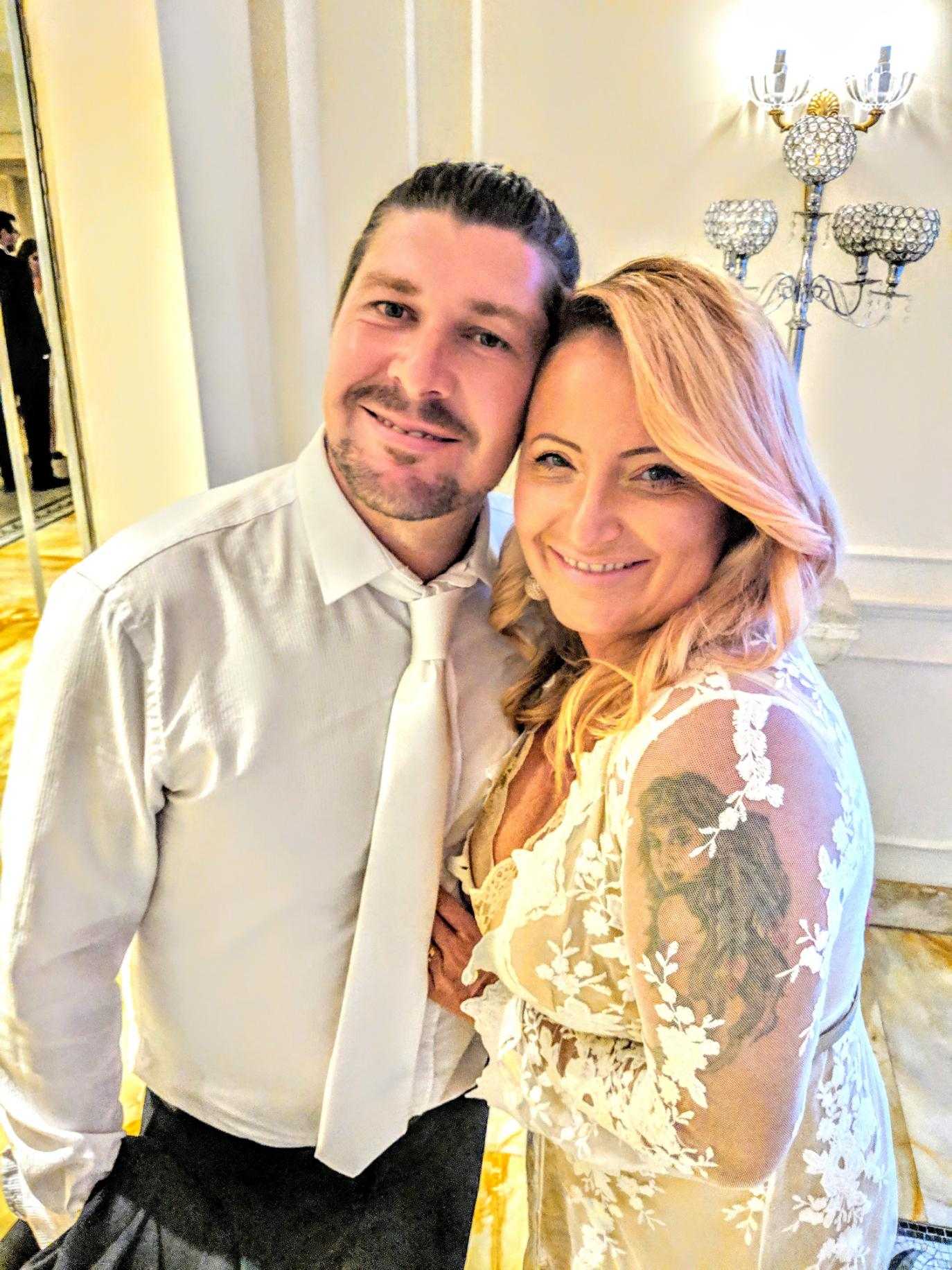 K: How wonderful! I understand you also have some other exciting projects and news to share?

B: Yes! We (Jamie and I) have a 12-metre shipping container on stilts up in the trees in our backyard, that’s actually a purpose-built recording studio. Jamie is an audio engineer, so we’ve set it up for anyone who wants to do podcasts, which is the way to go! He also does drum lessons up there… The business is called Sonic HQ… people can use it as a podcast studio, to do any band recordings they want, or music lessons… Jamie and I also want to do some projects where we’ll be giving back to the community too. I also have a podcast [The Sports Whisperer] with Alan Thomas coming out next week… The other exciting news is we have another new puppy… As soon as I heard it was raided [the Storybook Farm Animal Garden Rescue] I called the RSPCA and asked, “What do I have to do to adopt this puppy?’’ She has brain damage and she’s high care.

K: Any final words for the Gold Coast?

B: I love the Gold Coast. Dad had a boat at Southport Yacht Club, so we were here basically every weekend and holidayed at Rainbow Bay… I’ve lived here on and off for years, and now I’ve lived here longer than in my hometown of Brisbane, and I wouldn’t want